4 Things to Buy in July - And 2 You Should Skip

4 Things to Buy in July — And 2 You Should Skip 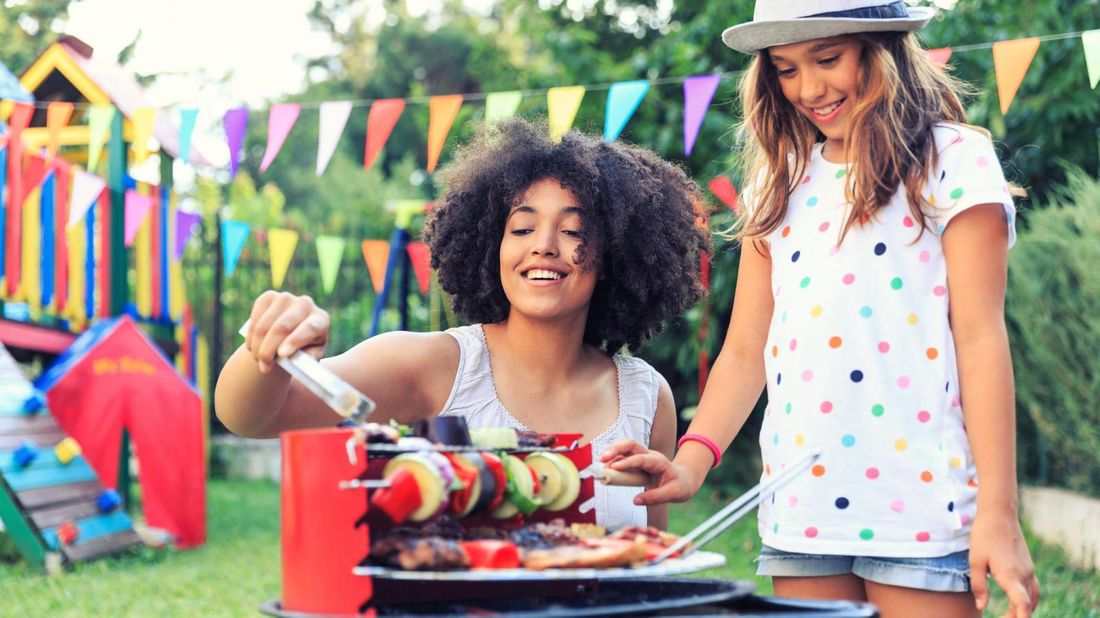 Most of us are staying close to home this summer but you’ll find some good deals to help you upgrade your backyard barbecues this month.Valentin Russanov/Getty Images?

Although the pandemic has changed a lot in our lives, July still brings the promise of fireworks, backyard barbecues and summer deals.

That is, with the exception of Amazon Prime Day, which is typically held in mid-July but has been postponed to a to-be-determined date. Although the much-awaited annual event typically brings some of the best prices of the year, don’t be too disappointed. “People will still find some good discounts on items they may potentially want to use right now, especially since most of us are spending more time at home,” says Nathan Burrow, deals editor at Wirecutter.

While we bide our time for Prime Day later this year, here are some of the best things to buy in July — and a couple you should hold off on.

WHAT TO BUY IN JULY

Backyard and Fitness Gear. If you’re looking to upgrade your backyard barbecue game, this is a good time to go for it. “I anticipate seeing some nice deals, particularly on high-end grills and pellet grills, as well as other outdoor cooking tech items such as instant-read thermometers,” Burrow says. Need some music while you’re eating al fresco? “Backyard-friendly speakers like our top portable Bluetooth speaker pick will continue to see deals, so you can add some tunes to your green space.”

For when you’re working off the burgers, Burrow expects the current sales on fitness trackers and smartwatches with fitness-tracking abilities (including the Apple Watch Series 5) to continue into July.

Large Appliances. Burrow says July and a few months in the fall typically have the most competitive pricing for large appliances. “You may save slightly more in the fall, but most of us are spending more time at home right now,” he says. “If you’re in a position to invest in a washer, dryer, fridge or range, you’ll see sales crop up at retailers like Best Buy, Lowe’s or Home Depot. It’s a good opportunity to immediately improve your quality of life at home.”

Seasonal Apparel. With in-store shopping still off-limits or drastically limited in most areas, you’re likely more comfortable shopping for clothes online. Although Prime Day has been postponed, Amazon kicked off a fashion sale event called The Big Style Sale in late June that could extend into early July. “We anticipate other clothing retailers following suit with sales of their own. Multiple options from Wirecutter’s shorts for summer piece have already had sales,” Burrow says. “We also anticipate seeing more deals from outdoor retailers on certain selections, like our rain jacket picks.”

Everyday Bags and Luggage. Eventually, we’ll all be able to travel again, but in the meantime, retailers need to offload their inventory. “We’ve already seen some of the best deals on our carry-on luggage picks we’ve ever noted in June, and those discounts extend to everyday carry items like our laptop backpack picks,” Burrow says. “We anticipate the lack of demand continuing into July, and the sales will continue with them. So if you need to refresh your luggage, or need a backpack, briefcase or tote in anticipation of a future daily commute, look for deals this month. Many travel backpacks can also serve as camping backpacks.

WHAT TO SKIP IN JULY

Game Consoles. Escaping the summer heat by playing indoor games sounds inviting, but Burrow says there are two reasons to skip buying a new game console this month. One, you’re getting technology that will be outdated in just a few months. Two, coronavirus-driven demand has driven prices up. “New, updated models of the Sony PlayStation and Microsoft Xbox are due to be released just before the holidays,” Burrow says. “Some game consoles, like the Nintendo Switch, are hard to find even at full MSRP right now. If you’re willing to settle for a last-gen console — and there is a case for doing that because they have the fullest game catalogs — you’ll save by waiting. But if you want the latest and greatest, you’ll need to wait for that, too.”

Laptops. Your home computer has probably gotten quite a workout these past few months, but if you’re considering upgrading to a new one you might want to hold off. “Laptops, and specifically MacBooks, will see better pricing later in the year,” Burrow says. “The MacBook Air 13-inch and MacBook Pro 13-inch just got a refresh, and new MacBooks practically never see good sales.”

With demand currently higher than usual, retailers and manufacturers don’t have to provide those sorts of discounts on home office and tech. “We’re seeing sales of maybe $50 or $200 off, but those are not the best prices we’re going to see,” Burrow says. “So if you can wait, you should.”